What is synthetic grass, and where does it come from?

In this blog post, SPORTENG goes back in time to share some lights on the evolution of synthetic turf, to better understand its use and applications today.

A faire amount of concussions at the AstroDome!

The first introduction of a plastic field in the sports world started back in 1965, with an international recognition kicking off one year later in 1966, with the construction of the AstroDome in Houston, USA. Used by Major League Baseball, the stadium was officially the first synthetic turf fibre project to be designed.

For the occasion, the company Monsanto produced one of the first synthetic turfs ever to be used on a sports field: the ChemGrass, made from nylon. Its characteristics were a 20 to 25 millimetres nylon product (an extremely tough product) with no infill.

Rebranded as AstroTurf, this grass was knitted very tightly together and laid directly on concrete. As a result, the tough fibres and hard base, produced a surface that was unforgiving when a player landed on the surface. 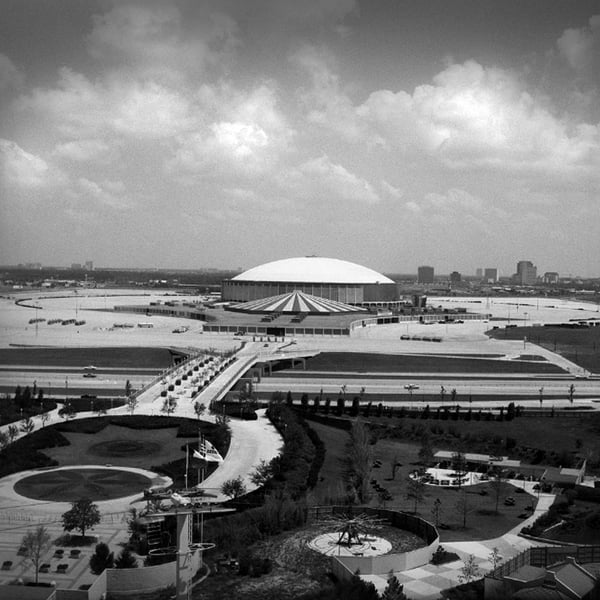 Polypropylene and polyethylene fibres for a softer surface and better playability


Following this first experience with synthetic turf, sports engineers kept investigating and searching for other and better synthetic grass solutions.

In the 1970s, the 2G fields came to play. The idea was that, by swapping over to polypropylene and putting sand in the profile, the fibres would mimic natural grass.

The polypropylene will help the fibres stand up, be softer while avoiding being crushed over. 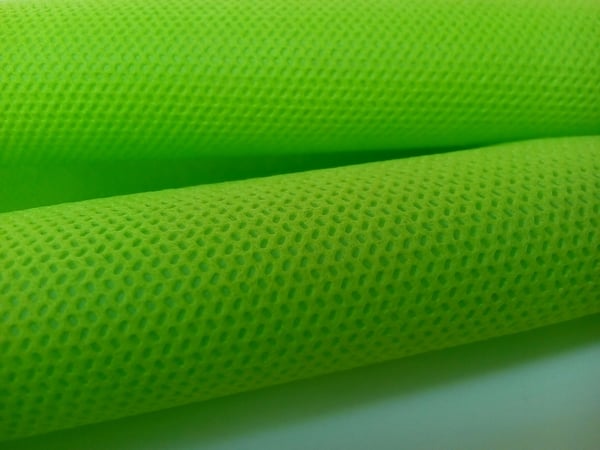 However, the real breakthrough came in the 1990s, with a move from polypropylene fibre to polyethylene fibre. Behind this switch is the will of manufacturers to really improve the playability and softness of the fibre. The technology that went into developing these fibres / yarns, also improved the resistance of UV damage and thus created a more durable product. 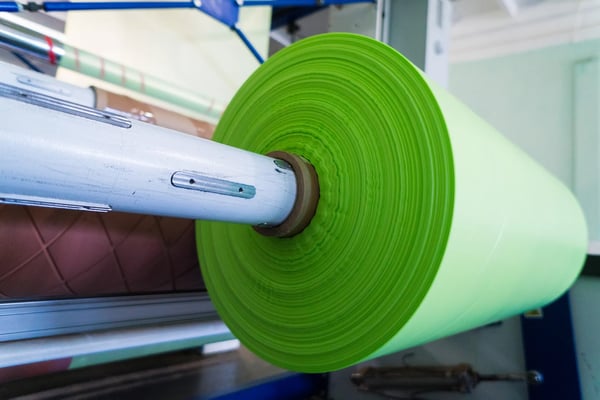 Synthetic turf, sand and rubber for a big breakthrough

Next scientific breakthrough related to synthetic grass came with the longer pile synthetic turf. Compared to previous systems, synthetic grass products where made between 40 – 70mm in length and the width between rows of stitches became wider ( 12 – 19mm ). A sand infill layer was used to produce a ballast layer, stopping the carpet from moving and then a recycled crumb rubber was used as the performance infill layer. The height of the infill, to provide stable upright fibres was approximately 15 – 19mm from the surface.

Doing so offered a product that could perform as nearly effectively as natural grass, with solid resistance to studs. The synthetic grass is no longer as dense as before, offering a surface to allow the studs to go down into the infill profile, allowing for greater traction. The introduction of rubber granules improved the playability by providing a cushioned layer, which was less abrasive.

With further improvement in yarn technology, 3G synthetic turf systems provide a surface which has superior drainage, over double the player hours and more competitive whole of life cost than natural grass fields.

The only criterion where natural turf still exceeds synthetic turf is in the area of heat.

Synthetic turf Fields of Play are still subject to incredible heat increase during warm weather. A short inspection we ran in October 2021 in Casey Fields (where three different sport field surfaces coexist next to each other) showed that, under an ambient 30° temperature, the natural turf surface reached 26° while the black SBR rubber infill surface reached 61°! 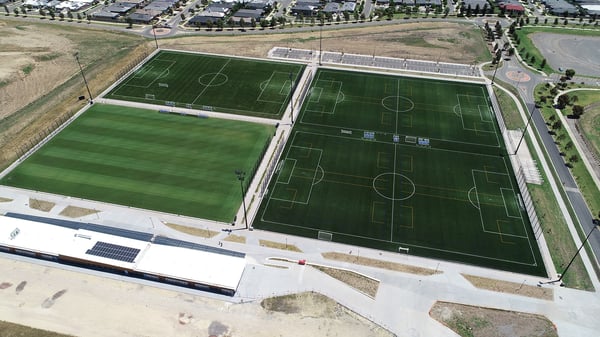 As our Municipalities continue to grow and population densification increases, we will need to find solutions to our increase sport ground usage. Land locked Municipal councils will need to provide sport surfaces that will perform with increase player hours. Synthetic grass fields in conjunction with natural grass fields, will be part of the solution. With the addition of sport lighting and the right surface, our sporting fields will be able to increase usage and maintain performance.

For further information or questions/remarks on this topic, reach us now!